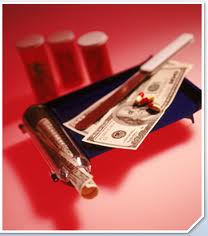 It’s time for another Medicaid updat!.  I’d been approved for Medicaid for both my boys, but I was put on Share of Cost for myself through the DCF office.  On the DCF website, under Medicaid, you will find information on the Share of Cost program.  I have to be honest, when I received my approval in the mail, it did not give much information on the program.  I could tell from briefly searching DCF’s database, that it didn’t cover much unless I ended up in the hospital and required emergency services.

But, recently, around October that is what exactly happened.  I had a latent onset illness that began in September, unable to get to physician, I tried to “self doctor” the illness.  To my misfortune, things went up and down, and my progress grew worse.  At some point during the illness I went to the ER with chest pains.  I had hoped my Share of Cost would be met at that point.  That share of cost was a bit high at $979.  Thank goodness all the tests did make my minimum.

What I found was that as long as I made my minimum balance everything was paid. Once the balance was paid, I was bumped onto the Medicaid program for the remaining of the month.  I didn’t take much stock in my proceedings and went on to find alternate health care for my condition.  I knew I couldn’t find a doctor that accepted Share of Cost.  Who would?  You don’t know if you’re going to get paid unless you rack up the minimum deductible.  And, as I stated, it is usually quite high.  What I did find was Patience Assistance at Halifax Hospital and was luckily approved.  This Community Health Program provided free visitations to a primary care physician, free labs, and other ordered tests.  I urge you to look into all you’re local hospitals for such a program should you find yourself in the same condition.

Unfortunately, all my tests turned up negative and it looked as though I needed a specialist.  Community Clinic does not refer for pain management.  This dead-end halted my medical quest.  I was still in search for a diagnosis, and was unable to retain one.  I decided to call Medicaid personally asking what I can do.  After all, I need help to get this condition under control!  I was told that there were no doctors that will take Share of Cost due to the fact of the minimum deductible.  BUT, I can get Medicaid if I make my minimum balance early enough in the month.  She informed me to FAX my medical bills to Medicaid the minute I get them.  This would allow me more time during that same month to make a specialist appointment on the Medicaid program.  Had I known that, I would have been able to be seen in January!  I hope by sharing this, I will help another unfortunate individual.  Had I had the sense, I would have ensured my doctor ordered all those labs at the beginning of the month.

Remember, if you don’t have a doctor and are feeling quite ill, do go to the emergency room, and use that Share of Cost!  You may just meet that deductible in one visit.  Then, if it is early in month, FAX all those billings over, heck, call them to get the bill early, they have to send it!  Make sure you have your ducks in a row by ensuring you have looked on the Medicare provider list so you can make that appointment, pronto, giving you vital weeks till the end of the month to get your condition under control.  I have a list of Medicaid providers on the site.  Good luck!

This entry was posted on Monday, February 27th, 2012 at 1:43 pm and posted in Medicaid Provider. You can follow any responses to this entry through the RSS 2.0 feed.
« Food Pantry Recipes
Completing Your Eligibility Review – Recertifying for Food Stamps »

Take a Moment to Leave a Reply Cancel reply